Rated 4.9 out of 5
68 Reviews Based on 68 reviews
A super light, super simple pocket to keep food warm while it rehydrates.
FIND A RETAIL LOCATION
REDUCES WEIGHT AND CAMP TRASH

Have your own cooking assistant at the end of every day!

The REpack Freezer Bag Cook System, like most Hyperlite Mountain Gear products, offers you an opportunity to simplify and lighten your load. Repackaging dehydrated food into freezer bags is a great way to decrease pack weight, the amount of space food packets take up, and the amount of waste they produce. It’s also a chance to modify meals or make your own.

Place the repackaged food bag in the pouch. Add hot water to the meal and take care of other business around camp. REpack serves to keep food warm longer while it rehydrates. 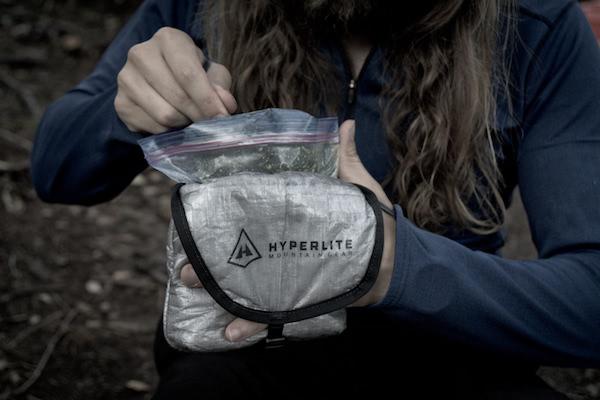 REpack is Here to Level Up Your Outdoor Dining Experiences

On The Trail, Ultralight Backpacking

average rating 4.9 out of 5
Based on 68 reviews
99% of reviewers would recommend this product to a friend
Customer photos and videos
Write a Review
Charles G. Reviewed by Charles G.
Verified Buyer
Rated 5 out of 5

Beats my old fleece cap I used to use. Now my head stays warm while I’m waiting for dinner too.

Loading...
I recommend this product
Was this helpful?
Barry B. Reviewed by Barry B.
Verified Buyer
Rated 3 out of 5

Was a bit disappointed with this item. It did specifically stay that it fits quart sized zip loc bags (which it does) and most dehydrated meal pouches (which it does). But it is a seriously snug fit. The pouches for the brand of dehydrated meals I use are really tight. Need to pinch and fold the pouch just right to stuff it inside. And the photo on the website gave me the impression it had a hand sleeve to hold the bag while eating. It is actually accomplished by folding the cover down and buckling it "upside down" under the bag. It works but I think an actual fabric slot would have been more functional and streamlined for the same effect. So I do like the pouch but for the price I expected more out of it than what it appears to offer.

Loading...
I recommend this product
Was this helpful?
Amy L. Reviewed by Amy L.
Verified Buyer
Rated 5 out of 5

At first I was put off by the price for something so small, but after using it and seeing how hot it kept my meal out in the snow for 20-30 minutes, I was convinced I would use this for years to come. That kind of long term product is always worth more! Excited to buy more items from this company.

Loading...
I recommend this product
Was this helpful?
Ernie Reviewed by Ernie
Verified Reviewer
Rated 5 out of 5

Step Right Up, Get Your HOT Food Here

For years, I thought I was doing a good thing by making a coozie out of a discarded sleeping bag I found at a dump transfer station, put out for other folks to find and use. It worked amazingly well for a long time. Then one day, I saw an ad for the REPACK, witnessed the features and decided it was worth a try at upgrading my gear.

The Hyperlight REPACK turned out to be an eyeopener as well as a revelation and revolution in food preparation while camping. First, it was small and I was sceptical it would work at all when I held it in my hot little hands the first time. I was wrong, the food was at least 50% hotter after 15 min than the coozie I had made. It was also about 1/5th the weight. I loved the way the fold over top converted into a handle that was completely stable and kept the food hotter as you ate it. It stores in my pack far easier as its footprint is so much smaller to to superior materials in construction. I won't use anything else now that I have this REPACK. Get yourself one folks, it works and works well.

Loading...
I recommend this product
Was this helpful?
David B. Reviewed by David B.
Verified Buyer
Rated 5 out of 5

Simple and easy to use

Well made and thought through on its usage. Love the simplicity.