Rated 4.9 out of 5
114 Reviews
Our preferred pack for backpacking in any environment, built for varied environments.
How to Choose a Pack Size FIND A RETAIL LOCATION
OUR MOST VERSATILE, LONG TRAIL PACK

The versatile 3400 Junction allows you to keep your options open when it comes to packing for a big weekend, multi-day section hikes, thru hikes, or to meet the gear demands of changing seasons and environments. Ideal for weekend, section, or thru hikes where resupply points are less frequent and/or for equipment flexibility. When the extra volume is not in use, the 3400’s top can roll down enough to make the overall size of the pack similar to the 2400, but that additional space can come in pretty handy when you need it.

For hikes measured more by changes in climate zones and geographical features than distance, the Junction offers the ultimate versatility required to meet those demands. 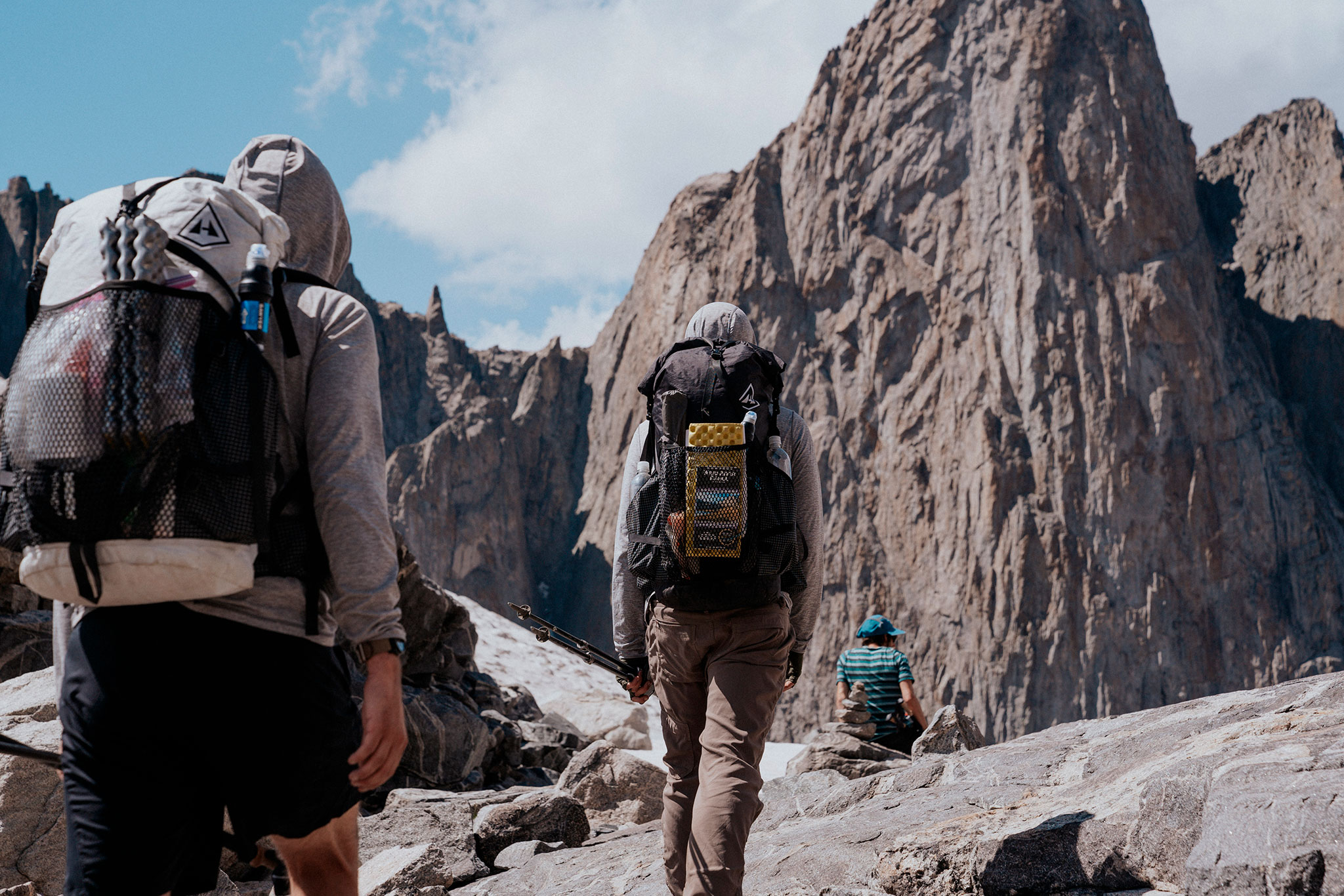 IDEAL USES
WHY CHOOSE THE 3400 JUNCTION?

One center mesh pocket for easy access and drying out wet clothing. Two additional side pockets for storing and protecting your gear

Pair with our Stuff Sacks for a buttoned up, nearly waterproof kit

One external center mesh pocket with two solid-panel Hardline with Dyneema® pockets on the sides – dry gear faster with the middle pocket, protect or hide items in the sides

One center mesh pocket for easy access and drying out wet clothing. Two additional side pockets for storing and protecting your gear

Pair with our Stuff Sacks for a buttoned up, nearly waterproof kit

One external center mesh pocket with two solid-panel Hardline with Dyneema® pockets on the sides – dry gear faster with the middle pocket, protect or hide items in the sides

Have Pack, Let’s Go Try Something

Our Gear's Got Stories, Bikepacking

Backpack Like a Girl. A Q&A with Holly Hyperlite

Our Gear's Got Stories, Ultralight Backpacking

average rating 4.9 out of 5
Based on 114 reviews
100% of reviewers would recommend this product to a friend
Customer photos and videos
Write a Review
Phillip D. Reviewed by Phillip D.
Verified Buyer
Rated 4 out of 5

Early but very pleased so far

I've only put about 50 miles in with this pack but so far it's super comfortable and I really like it.

Loading...
I recommend this product
Was this helpful?
Jen Reviewed by Jen
Verified Buyer
Rated 5 out of 5

This pack appears very well made and is super lightweight. I can't wait to get it out on trail this spring.

Loading...
I recommend this product
Was this helpful?
Jerry M. Reviewed by Jerry M.
Verified Reviewer
Rated 5 out of 5

Does the waterproof job

This is a review with experience, over a year now. I love having a truly waterproof pack. After 40 years of backpacking I left a 6 lb Dana pack for this HMG 3400 at 2 lbs and it is a dream. With newer, lighter gear I can still fit all I need for 3 seasons of the year. Hiked in the Cascades, Tetons and the Andes with it and it still performs like new. I think we're going to have a long, successful relationship.

Loading...
I recommend this product
Was this helpful?
Ryan B. Reviewed by Ryan B., from United States
Verified Buyer
Rated 5 out of 5

Thoroughly impressed so far. After a couple of week-long hikes in the Ouachitas and Ozarks, I have to say this fabric and overall design is legit. Yes, it's light. But it's also super resilient and seemingly watertight as well. I was skeptical: A white pack that looks like it's made out of Ikea bag material? And I was concerned about the lack of load lifters, but at 6'3", the back stays on the tall I ordered elevate the straps just above my traps and act as permanent lifters. It's a great fit! And after a few muddy days, it's picking up a nice patina. It is seemingly more narrow than a standard 55L, given there are no bulbous side pockets, so I have more range of motion. When fully packed, it is a bit taller and the center of gravity seems a bit higher up, but that's also probably a side-effect of being a 'tall' pack. Hyperlight talks about these packs being ideal for 20lb, 30lb, and maybe 40lb loads but it doesn't seem to have an issue going north of 40lbs either. I love the center strap that goes above the roll-top. The strap is long enough to fill the pack and then rest a bulky thermarest self-inflating on top and still have strap room to compress. The attention to detail is top notch - did you know the sternum strap buckle is a whistle?! If I had to buy it again, I would, but I'd go with the larger 70L, knowing that I have that extra room for bulky bags and packrafts but can roll it down when not needed.

Loading...
I recommend this product
Was this helpful?
Melanie R. Reviewed by Melanie R., from United States
Verified Buyer
Rated 4 out of 5

Love the simplicity of this pack. Overall seems very durable, even when abraded against sandstone and foliage.

How to Choose a Pack Size

Your torso length, not your height, determines your pack size. We recommend the following to determine yours: